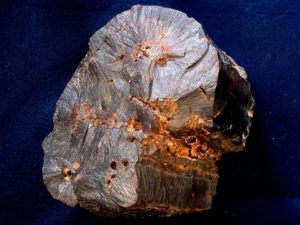 New Delhi: A new study has found that the groundwater in the floodplains of the river Ravi, in India as well as Pakistan, is contaminated with arsenic.

The study covered 30,567 wells in 383 villages along both sides of the international border between the two countries. The researchers who performed it found that the arsenic content in 23% of the wells was higher than the limit specified by the World Health Organisation.

Above safe limits, arsenic in the body interferes with the production of adenosine triphosphate (ATP), the source of energy for cells. Without ATP, cells die off. So at its worst, arsenic poisoning can avalanche into multiple organ failure.

So far, arsenic was considered to be a major problem chiefly in the Ganges-Brahmaputra basin. This encompasses the states of West Bengal, Bihar, Jharkhand, Uttar Pradesh, Assam, Manipur and Chhattisgarh.

“It was previously known also that there is arsenic contamination in groundwater in Punjab,” Chander Kumar Singh, the lead author of the study’s paper, explained to India Science Wire. “But the full extent of the problem was not known as studies conducted so far have been limited in scope.

“Now it is clear that Punjab’s floodplains are also severely affected by arsenic contamination.”

The study was conducted jointly by scientists from the TERI School of Advanced Studies, New Delhi; the Quaid-i- Azam University, Islamabad; and Columbia University, New York. In India, water samples were tested onsite in the districts of Amritsar, Gurdaspur and Tarn Taran, along with Pathankot, Faridkot, Bhatinda, Jalandhar, Firozpur and Fazilka in Punjab.

In some wells, the researchers found that the amount of arsenic was 20-50 times higher than the limits prescribed by the WHO, 10 microgram per litre. However, they also found that 87% of households that had arsenic-laden wells also had access to wells with cleaner water 100 metres away or less.

After conducting their tests, the surveyors informed households about the quality of the water in their wells. Those hand-pumps identified as dispensing polluted water were marked with red placards and those dispensing clean water, with blue placards.

Their specific locations were also recorded in a GPS-compatible way so future studies could utilise mapping techniques or even satellite data.

“We conducted a follow-up study one year later in five villages in Pakistan and found that the arsenic level had become elevated in 59% of the wells,” Singh added. “However, two-thirds of the same households indicated that they had switched to a neighbouring well after the testing.”

The study was published online in the journal Science of the Total Environment on November 14, 2018.