With tubewell motors running round the clock in village after village in the state, groundwater levels are being depleted rapidly.Rajesh Serupally Saturday, December 01, 2018 – 13:56 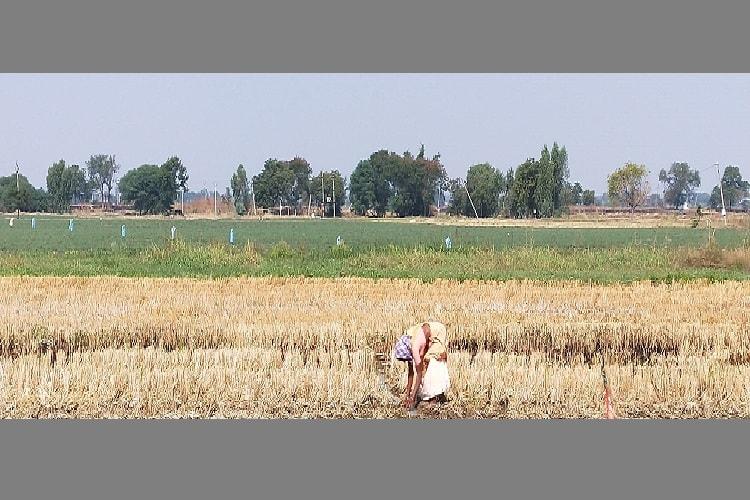 It was a busy election campaigning day in Cheriyal Mandal of Siddipet district. Harish Rao who was the ex-irrigation Minister of Telangana is the elected MLA from Siddipet. The air was filled with the cackle of speeches being played from PR vans of each of the various parties. As we skip the main roads and travel into the villages and try and follow the zig-zagging mud roads that lead to the farms, that is when you notice a strange noise, a continuous roar, clearly audible over the cacophony of the speeches. Any new person is bound to find this noise jarring, and we were no different. It strangely made us quite tense, uneasy and uncomfortable. As we walked towards the sound, we realised to our surprise that it is the sound of the tens of bore well motors in the area that are the source of this awful din.

Intrigued by this unusual sound apparently made by the motors, we decided to ask Mallesh, a young farmer, about it. His family owns four acres of land where the groundwater dried up this year. “Since we have 24 hours of power supply, we just allow the motor to run round the clock with the hope that at least some of the time we may get water,” he explains.

The ruling TRS government had announced 24 hours power supply to the agriculture sector in November 2017. This is touted as one of the TRS party’s most popular policies and considered a huge achievement post the creation of Telangana, in all the election meetings by KCR. But the ground reality seems very different and the consequences have largely led to worsening of the crisis.

This trend of tubewell motors running round the clock can be seen in village after village in the state. Mallesh (of the Mudiraj community) from the Vecharini village of Cheryala mandal, owns four acres of agricultural land, his family having worked in the field of agriculture for not less than 50 years. Mallesh took me for a quick walk in his four acres of land, to show the points where they have drilled the tube wells for water. They blame it on their luck; having drilled 30 times since 2014, none of their attempts have succeeded. Mallesh says they drilled tube wells for water but instead they got burdened with debt each time. This time they had a crop failure due to scarcity of groundwater. Mallesh adds, “With lots of hope, we have ploughed four acres, but now when the crop needs water in the final stages, our tube wells have dried up. The entire crop is lost, debt is the only thing multiplying now.”

When asked what was the reason for groundwater scarcity, he says, “This is because of the free power that is being given for agricultural use. So now, most of the farmers just run their motors round the clock.  Another reason is deficit rainfall this year. A similar situation was there in 2014 and 2015, but now motors run continuously due to which groundwater has dried up sooner and the result has been more severe crop failure.”

Mallesh’s uncle committed suicide last year, when all his efforts at finding groundwater failed after digging multiple tube wells. This left him with debt that he could not pay back once his crops also failed.

This has become the norm in this region and the situation is not very different in other large parts of Telangana. Shankar Rao belongs to Narsakkapalli village of Parakala mandal, Warangal rural, the birthplace of Madusudhanachariy, the first speaker of Telangana state assembly. Water in his farm well is getting emptied in just three hours daily, earlier it took more than six hours to get the well empty in a day. He adds that as of now, most of the motors run round the clock, and the water tables are falling. In the same village, there have been a couple of farmer suicides — one of the main reasons quoted by the families’ being depletion of groundwater and debt incurred over tube wells.

Areas like Parakala and Eturnagaram have good amounts of groundwater and are largely dependent on wells, but now the situation is getting worse as the extraction of groundwater is increasing dramatically. As a result, farmers are being pushed to a corner and have to go in for tube wells.

The major consequence of this, which is more visible due to provision of 24-hour power supply to the agricultural sector, is crop failure. As the farmers sow seeds during monsoon with the hope of good yields, they are facing crop loss with groundwater being extracted round the clock.

30-year-old Konda Raju from Dharmasagar mandal says that this (24-hour power to agriculture) is destroying agriculture and damaging the lives of farmers permanently. He adds, “The empty sounds by the motors are not the sounds of empty groundwater, they are alarm bells of our death”. 50-year-old KodaSattava, says with a heavy heart, “If this continues, by January, we will not even have drinking water.”

Almost all the farmers at Warangal’s Yerramavulla market, which is considered one of the largest cotton markets in Asia, expressed similar reasons for lower yields this year. One of them says, “kalam bagaledu” which means season is not good, and the second is over-exploitation of groundwater. Most of the farmers lost crops within one month of sowing the seeds, as groundwater dried up soon this year.

The situation is similar in Nizamabad, north Telangana, (Agriculture minister hails from the same district), which has two large irrigation projects, namely Sri Ram Sagar and Nizamsagar. Villages like Pegidapur which have the advantage of Nizmasagar channel are now facing a groundwater crisis. Farmers say the motor pumps groundwater for five minutes and then there will be a gap of two minutes. There is no continuity in the water flow, which is an unusual situation in this area.

Yerrappa Reddy is a 57-year-old farmer who owns 10 acres of land. He says, “There is no need for 24-hour power, 12 hours are sufficient. With 24-hour power supply, a mad race has started. If my neighbour wants to irrigate extra land in aasha (hope), then with the fear of me not getting groundwater, I will let my motor run for more than the required time.”  He adds, “This situation keeps growing from farmer to farmer, due to which groundwater is becoming scarce. If bad rainfall continues next year, then the situation will get worse. We will be struggling for drinking water.”

We asked a general question to the farmers. ‘In 2013-2015, there was more rainfall deficit in the state than compared to this year. Do you see any major difference in groundwater levels from then and now?’ The answers from most of the regions were prompt and without any hesitation, “this year”. On being asked what could be the reason, the common refrain was ‘overexploitation of groundwater, as motors run more than the required time and quantity”.

Saraswathi is a widow who lives alone and owns 3 acres. She says, “It’s the small and marginal farmers who will have hard times ahead, as large farmers will draw all the water with big motors. We might be left with no option but to leave agriculture.”

When we enquired with the groundwater department officials in Siddipet, they said that they have observed a significant drop in groundwater in a few mandals when compared to the rainfall.

As of October 2018, 28% of Telangana stands in the overexploited category. If we analyse the trends since 2014, this is the first time that this kind of a situation has arrived.